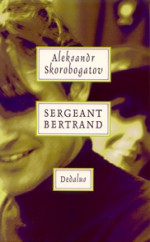 I was born in 1963 in Grodno, a tiny Byelorussian town near the border with Poland. Studied drama and film at the Byelorussian state institute for theatre and art (Minsk, Belarus), theology at the St. Sergius Orthodox Theological Institute (Paris, France), graduated from the Gorky Literary Institute (Moscow, Russia). 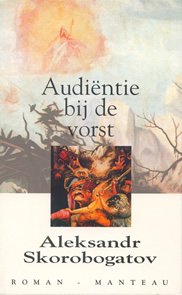 I decided to become a writer rather early, when I was about 18-19 years old, and while still studying at the theater institute. I left the institute in order to dedicate myself fully to literature, planning to become a full-time writer within a few months. It’s funny and touching to think back of that childish belief that eventually everything would turn out well, and that my texts would be published without having to sell my soul and participate in any ideological games: it was the late Soviet-Era in all its terminal glory, huge Belarus had only one state-owned publishing house and one state-owned literary magazine, and my dreams were entirely unfounded, though excusable owing to youth with all its faith, trust, self-confidence and tons of uncensored naivety. 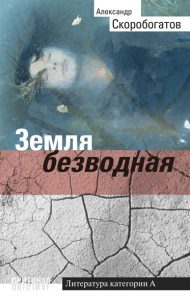 Sobering came soon. In an unofficial chat with an editor of this one and only literary magazine, I was told that despite the fact that my texts were good I would never become a published author; my writing was too ‘different’, ideologically unacceptable and politically incorrect. His advice was ‘to change my style and views’, if I was serious about becoming a writer, — advice I heard once too often during the subsequent years, and which I had absolutely no intention of following.


Back to reality, I had to find work. Writing is an extremely time-consuming occupation, even for a 19-year old, so I tried my best to find a job which involved the least possible working time; not a simple feat. 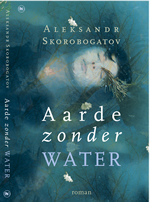 Earth Without Water,
The House of Books, 2002

I was refused an undoubtedly fascinating job at the local post-office (a few hours of early morning work) because the post-office chief found my appearance too frivolous for this highly responsible job: my only pair of jeans was, in those strange times, a symbol of the rotten West, and my long hair… Actually, I don’t know what that was a symbol of, but it was definitely a bad one. 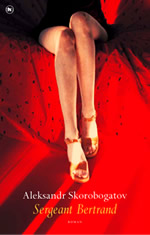 Sergeant Bertrand,
The House of Books, 2004

Eventually I started as a circus worker (three hours every evening) and later, when the circus unexpectedly switched to three shows a day (which meant at least nine working hours and nothing for my precious writing and beautiful girlfriend), I found another enthralling occupation which left almost all of my daytime free: I became a night security guard in a children’s crèche — where I was dismissed from a few months later because of continuous absence from work. Nights in such a huge and empty kindergarten were too long and way too scary. Besides, during those nights I had much more interesting things to do, instead of looking for a safe hiding place from potential robbers. 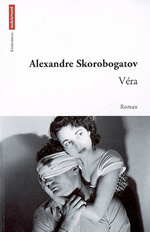 I was lucky to become a student of the famed Gorky Literary Institute (Moscow), — unique and at that time definitely the most liberal educational institution for aspiring writers, poets, dramaturges etc., — at just about the time I understood the simple truth: my decision not to become yet another writing conformist meant that I would never see one single word of mine published.

Furthermore — just as many other writers at that time — I would for the rest of my life have to ‘write for the table’: a sad term which means that a writer knows beforehand that his work will not be published, but land up in his writing table instead. In the Gorky Literary Institute I was at least not the only one with such a breathtaking view in mind, and besides the life in the metropolis was in all respects much freer than in the province. 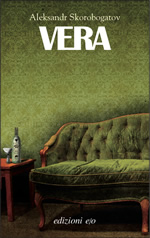 I began to work as a journalist for the national radio in Moscow, and soon thereafter (1989) the most popular ‘thick literary magazine’ of the time — ‘Yunost’ (3.100.000 copies a month) — published my story ‘The Executioner’. So I presume that year could more or less be considered the official beginning of my literary career. By the way, in 1995 this first publication received the following magnanimous praise by Yunost magazine: ‘Some day this story will be published in the anthology of the best works of this century’. The funny thing is that the prophecy had already been fulfilled, since the Moscow publishing house ‘Russkij Yazyk’ had included ‘The Executioner’ in its anthology of Russian short stories of the XX century, about 5 years before! 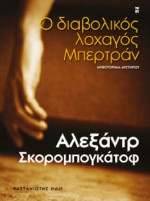 The journalistic activities which began during my studies in Moscow, continued at the post as the Benelux correspondent of the famous (US-funded and Germany-based) radio ‘Liberty’, — and ended when I quitted the job at ‘Liberty’ after clashing with the most banal, classical Soviet-style censorship. After that I worked as a translator, did voice-overs, lectured Russian language, worked as a copywriter, — all with the same goal as in my youth: to gain as much time possible for my writing.


Nowadays I live in Antwerp; according to the Belgian newspaper ‘De Standaard’, I’m the only Slavic writer in Belgium. I am a member of the Flemish PEN-centre, and a full-time writer. So some dreams do come true, though I still consider the waste of almost 10 years of my writer’s life due to the specificity of the Soviet regime, as a painful loss. Not as tragic as in the case of some other writers of course, but lost years remain lost, and it still matters to me. 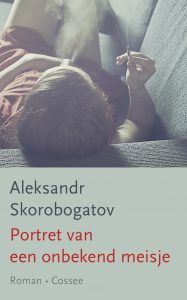 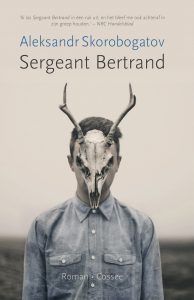 The novel has received quite positive reviews. ‘From time to time, but very rarely, a novel by a totally unknown author gives a glimpse of unexpected genius. ‘Sergeant Bertrand’ is one of those rare, truly impressive debuts,’ — wrote Gazet van Antwerpen. ‘It has been a while since such an original work has come from Russia. And what is most gratifying is that Skorobogatov not only touches on new themes, but also writes so extraordinary well. I have read ‘Sergeant Bertrand’ in one sitting, and I remained in its grip even afterwards,’ — wrote NRC Handelsblad. Het Laatste Nieuws, Belgium: ‘It is a great story that immediately grabs you by the throat (and quite honestly, by other body parts too) and it doesn’t let go. It is absolutely unique in Russian literature in general, and especially so in that of recent years. This story can be filmed as is, with an atmosphere worth a Polanski.’

In 2002 one of the largest Russian publishing houses ‘OLMA-PRESS’ published the novel ‘Earth without Water’ (‘Zemlya bezvodnaya’, Moscow, isbn 5 224 03748 4). The novel was published in the series ‘Original’, which was the most significant and prestigious Russian literary project in recent years, devoted to the publication of new, quality, non-conventional Russian prose.

In the same year 2002 ‘Earth without Water’ was published in Dutch translation by ‘The house of Books’ (Antwerp-Vianen, isbn 90 443 0615 4), which is the first publishing division in the Dutch-speaking regions (Belgium and The Netherlands) of media concern Bertelsmann. 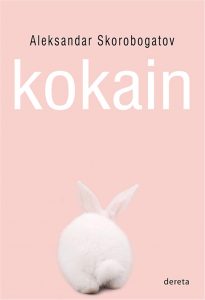 The press reviews were quite rave. ‘It has been a long, very long time since I have read a novel that I could only tear myself away from after I have turned the last page. (…) Strong, sharp, dramatic and… bitter. A great book!’ (‘Literaturnaja Rossia’, Moscow). ‘Without any doubt Category A literature’ (‘Ezhenedelnyj zhournal’, Russia, Moscow).

Trendsetting literary magazine ‘Druzhba narodov’ has called ‘Earth without Water’ the best novel of last year with among others such praise: ‘Aleksandr Skorobogatov’s novel deals with the traditional themes of Russian literature, and in my opinion, he does it with the same refinement as did the representatives thereof, thanks to which Russian literature is now considered great.’ 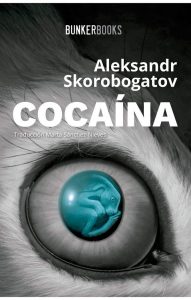 Besides ‘Earth without Water’ and ‘Sergeant Bertrand’, my novel ‘Audience with the Sovereign’ has been published both in Russian (1994) and Dutch (1995) (you can find excerpts from the reviews on this novel right here).

In 2003 a leading Russian literary magazine ‘Znamya’ published the first part of the novel ‘Cocaine’.


As already mentioned, in 2008 I’ve completed a new novel, ‘Portrait of an Unknown Girl’, which has been published in the same 2008 by ‘Ural’ (Russia). 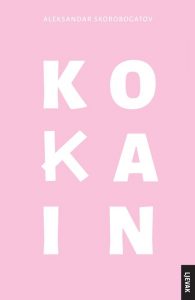 In March 2009 the French publishing house ‘Editions Autrement’ published the French translation of my debut novel ‘Sergeant Bertrand’. The title of the book in French is ‘Véra’. The book is available in France, Canada, Switzerland and Belgium (Alexandre Skorobogatov, ‘Véra’, translated from Russian by Dany Savelli, Editions Autrement, EAN13 9782746712645, ISBN 2746712644).

In Italy ‘Sergeant Bertrand’ has been published by the trendsetting publishing house ‘Edizioni E/O’ (Rome) in a translation by Martina Cocchini (Aleksandr Skorobogatov, ‘Vera’, Edizioni E/O, Rome, 2011, ISBN 9788876419188). On 1st December 2012, I was declared the overall winner of the XXXIVth International Literary Prize “Città di Penne – Mosca” 2012 (Italy) for this novel. I received 333 of the 560 votes of the public jury that chose the winner in the final phase of the prize, defeating the other two finalists: Emanuele Trevi (Italy, 106 votes) and Dulce Maria Cardoso (Portugal, 60 votes), — and receiving the Medal of the President of the Italian Republic Giorgio Napolitano. 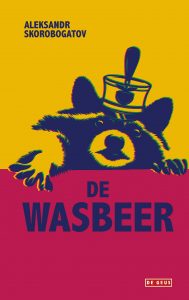 CHECK OUT MY BLOG!

You can find recent information about me, my books, reviews of my work, public appearances etc. on the blog! Click here to go to the blog!